Comfortably installed in seat 01A for the flight to Kona, the cabin crew offered as pre-departure drink while the rest of the passengers boarded.

The whole experience of going the Kona and the Ironman World Championships was a lot more real now. The plane was full of people with Ironman t-shirts from various races across the globe. I did not look to see the chaos of the bikes being loaded. But just hopped by faith alone that my bike would be in the hold when we got to Kona.

We pushed back from the Gate and made our way to the departure runway, and off we headed for another 51/2 hour flight.

The cabin crew were great and after a drink or two, our meal was served. I had opted for the sea bass main course (steamed sea bass with cilantro jasmine rice and ginger soy glaze). Normally I would stay clear of sea bass, well any fish to be honest, but the other option was zucchini “meatballs” (zucchini Parmesan pesto spaghetti, tomato jam). It really was the lesser of two evils. 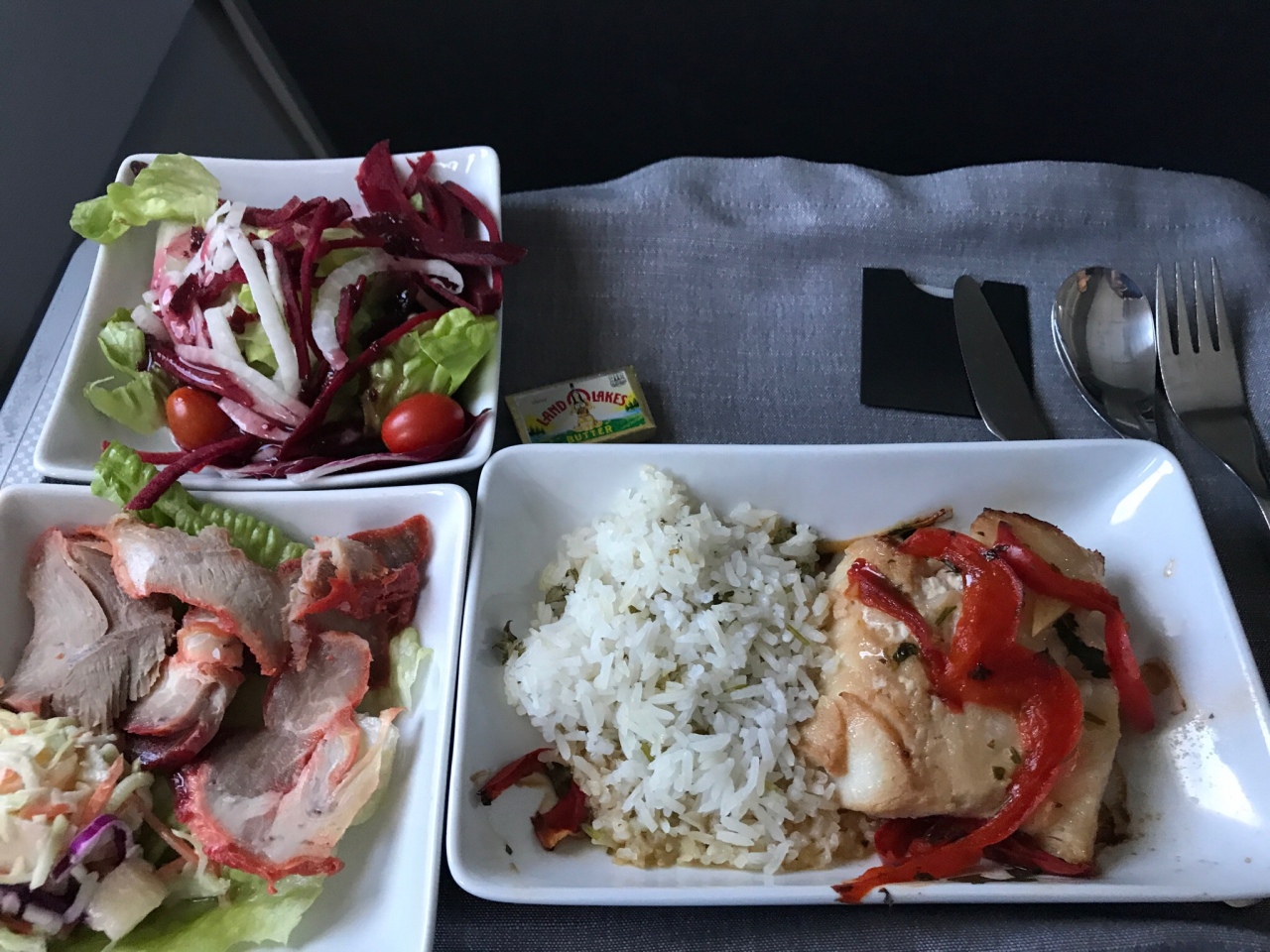 However, with wine and drinks and a few films, the time passed and soon we were descending towards the runway at Kona Internation Airport.

The forms we had been given did give my mother a slight fright as it said she was not allowed to bring seeds to Hawaii, and just that day she had bought a packet of seeds at the LA Botanic Garden. I said to here they were not interested in commercial seeds in packets. And the representative from agriculture confirmed this on arrival.